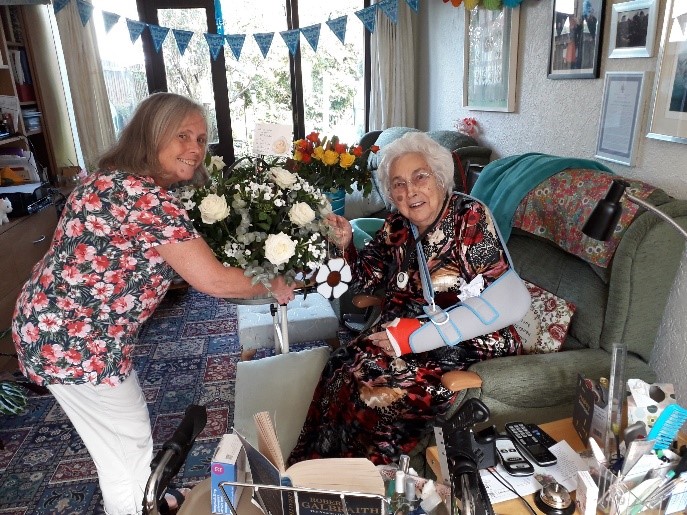 During Lockdown some of our church members have celebrated some significant events but not exactly in the way they had planned.

Instead we did a Zoom online service during which as part of a Question and Answer session with the couple we learnt about how they met, what their wedding was like and their secrets for a happy marriage. We also had the chance to see not just Dot’s wedding dress which she still has but also the dress she wore to the dance where she first met her future husband, which also still hangs in her wardrobe (Harry doesn’t still have his wedding suit!)

Sheila also celebrated her 90th birthday during Lockdown on 9 September. Sheila had planned great celebrations with a concert by the Liverpool Male Voice Choir of which her late husband John had been a longstanding member, this of course could not take place. Instead her church friends organised  a surprise Zoom on the evening of her birthday which included input from the Mayor of Halewood and ‘attendance’ by members of the Male Voice choir, resplendent in their uniforms, and a special recording they had made for her of her favourite piece ‘Breathe on me Breath of God’ to say that Sheila was ‘gobsmacked’ was an understatement

Lockdown has ‘put the mockers’ (technical term) on a lot of events which people had planned but with some love and thought and prayer there are ways around things.

“Lockdown has ‘put the mockers’ on a lot of events which people had planned but with some love and thought and prayer there are ways around things. ”

Everyone has something to say about their experiences of the pandemic and the sort of world they want to live in when it’s over. Help build Knowsley’s story of Covid and the future. No matter how big or small you think it is, we want to hear from you!

Don’t worry about spelling or grammar- your story can be in any form: a poem, drawing, video, audio clip, or narrative. We want to hear from you in your own words. 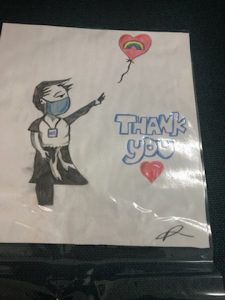 That Day in March

That day in March 2020 was  very worrying, Those words Pandemic and Covid 19 raging through the world were very frightening, listening to th...

First I’d like to say thank you for all the help that I got during lockdown and to the present day. I’d also like to say a huge thank you to...

Sign up to stay informed about this project, and many other community based initiatives that The Young Foundation undertakes.